Back to blog / Turquoise: The National Gem of Tibet 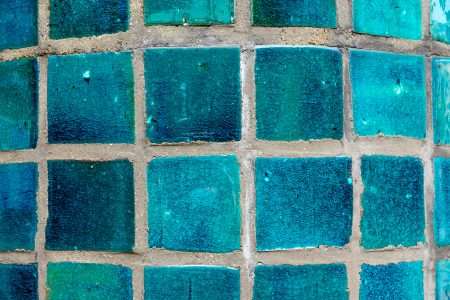 Turquoise is one of the oldest gemstones in the world. It has long been associated with divine energy in many cultures, particularly in Tibet. Let’s travel back in time and revisit the rich history of its distinctive color.

The earliest recorded history of turquoise began in the First Dynasty (3000 B.C.E) when pieces of turquoise jewelry were found in the ancient Egyptian tombs. Of these treasures, the most iconic discovery was King Tutankhamun’s (King Tut) golden death mask with turquoise stripes, lapis lazuli, obsidian, and other stones.

Together with other stones, King Tut’s golden death mask embodies the divine energy of turquoise. According to history, the mask, used to cover the Pharaoh’s head and shoulders, provided protection and assurance of safe entry into the afterlife. Thus, behind its sorrowful facial expression, the mask appears to gaze up to the heavens as if anticipating the life beyond. Indeed, an iconic embodiment of Ancient Egypt’s art and history.

Tanzanite: The Gemstone of a Generation

Known as the Gemstone of a Generation, Tanzanite is a blue-violet gem that originates in Tanzania. Click the link to know more about this rare treasure!

Turquoise is an opaque mineral, bearing distinctive colors of blue, green, bluish-green, and yellowish-green. This mineral contains hydrated copper aluminum phosphate and this small amount of copper gives this gem its ocean-like color.

The most preferred shade of turquoise is robin egg blue (greenish-blue) but a bluish-green turquoise is also fine. However, yellowish-green and green turquoises are not as coveted as those with strong tinges of blue. Less desirable colors occur when a small percentage of iron substitutes the aluminum or copper, which gives it its more greenish tint. Zinc substituting copper can also alter the shade. The appearance and proportion of color are equitable with the amount of iron or zinc replacing the natural mineral properties.

Turquoise forms in arid environments as a result of a chemical reaction where water containing copper combines with aluminum and phosphorous leaks through a rock. It forms in veins that many collectors desire as delicate veins are indicative of the natural quality of the stone. The veins are matrix that serves as evidence of the surrounding rock.

Physically, turquoise is opaque with a waxy luster. However, the quality of color and luster deteriorates upon exposure to some acids, heat, or sunlight.

Turquoise is found in many places, but the oldest mines are in the Sinai Peninsula of Egypt. One of these mines was situated near a temple dedicated to Hathor, the goddess of love, beauty, fertility, dancing, and music. Ancient Egyptians called turquoise a “mefkat,” meaning “joy” and “delight.”

The Southwest United States is famous for its mines, but the areas known to produce high-quality turquoise are China, Egypt, Iran, Kazakhstan, Persia, and Tibet.

Turquoise has been tremendously significant in many cultures. Proof of this is the many different uses of the stone in various cultures. It is known to adorn the wealthy rules of Ancient Egypt, Aztecs, Persia, and China’s Shang Dynasty.

Commonly associated with jewelry and metaphysical properties, the Southwest Native Americans were masters in making turquoise jewelry. They cherished it for its sacred powers; thereby, incorporated it into ceremonies and other religious traditions. The Apache Indians, on the other hand, attached turquoise to bows, believing that doing such could increase their hunting accuracy.

Meanwhile, Persians used turquoise to decorate mosques and other important monuments. This style of use was later on brought to India upon the establishment of the Mughal Empire; hence, the use of turquoise on the iconic mausoleum.

Like Tibet, Turquoise is the de facto national gemstone of Persia, which is now modern Iran. Known in the country as “Ferozah,” meaning “victory,” Iran played a key role in the transportation of this ancient stone to Europe via the Turkish trading posts.

In Tibet, this gem and its color are the way of life for the locals. Dubbed as the “Sky Stone,” Tibetans believed that this ocean-colored gem came from the heavens and so, they revered it for its spiritual value. For many Tibetans, turquoise is a token of love and a protector protecting both the giver and the recipient. Further, they believed that as the bearer of the stone grows older, the stone loses color but when passed on to a younger and healthier owner, it can reacquire its color and luster.

For Tibetans, turquoise is like a talisman. Hence, upgrading it to a larger and finer quality is lifelong pursuit.

Learn more about the refreshing beauty of aquamarine and the ways to photograph this birthstone for March. Click the link and read on!

You can determine the quality of turquoise from its color, pattern, cut, and carat weight.

As mentioned, stones with medium shades of blue or those that fall under the robin egg blue are the most desirable and most-prized. Meanwhile, green to greenish stones are less desirable.

Turquoise commonly has veins of matrix as evidence of its surrounding rock, but the most prized are those medium blue stones with no matrix. The Middle East prefers stones with no matrices. Persian turquoise has been the most sought after because of its clear, blue color with neither tinges of green or black veins.

Turquoise is often cut in a cabochon or into oblong beads that are perfect for strand necklaces.

Like other gemstones, turquoise is weighed in carats where one gram is equal to five carats. Regardless of the size, the even distribution of color is an overriding factor when determining its value.

With or without matrices? Blue or green? Which do you prefer?

While the quality factors are there to guide you and your customers to decide which turquoise to buy, don’t hesitate to prefer one over the other, as sometimes it all depends on personal preference. While others may like it blue, contemporary artists might prefer lime green turquoise, and it’s all good.

What qualities of turquoise do you prefer? Let us know in the comment section below!