How to Photograph an African Ruby with the GemLightbox Macro 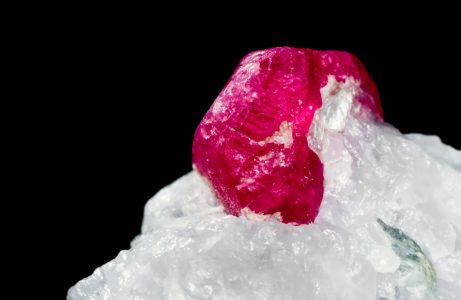 Welcome to another GemLightbox demonstration! In this post, you’ll learn how to photograph an African ruby using the GemLightbox Macro and an iPhone 12. But before that, let’s take a peek into this striking rouge-colored gem.

What is African Ruby?

Ruby, the King of Gems, encompasses different gem types based on attributes including location. One of these types is the African ruby. African rubies are rubies that originate in Africa. Their color ranges from purplish to dark red with translucent to transparent quality and varying sizes.

African rubies are commonly purple to purplish-red, but sometimes their color varies depending on location. Kenyan deposits produce dark pink to dark-pinkish rubies. Mozambique rubies are often red-brownish in color while Tanzanian rubies either have an overcast brown color or a blood-red to dark red color. When it comes to quality and value, a dark red African ruby is preferred.

Geologist John Saul discovered ruby in a Kenyan deposit in 1973. The popular John Saul Mine, also known as the Rockland Ruby Mine in Tsavo West in the Mangare area, produces a huge quantity of rough rubies. However, most of these rubies are suitable only for carving. Nonetheless, a small quantity of production is of fine quality and suitable for faceting.

The discovery of rubies in Mozambique began in 2009. As reported, rubies from these deposits have qualities that could rival Burmese rubies. They say rubies found in Mozambique are larger than other Asian rubies and usually don’t require heat treatments.

Welcome to another installment of our Gem Photography series. This post unmasks the mystery of rubies – its history, cultural associations and lore, price, quality, and value, including how to...

African vs Burmese Ruby: The Gem that Challenged the King of Ruby

Competing without question, African rubies are believed to possess a beauty that could dethrone the King of Ruby—the Burmese ruby.  While still more affordable than the latter, African ruby has flashes of red that could fill the void left by Burmese rubies’ depleted mines.

Additionally, Burmese rubies have raised too many controversial questions revolving around the ethical values of gemstones.

Reports claiming that funds from the mining industry in the country are distributed and controlled by its military have long surfaced. Such reports prompted the call for luxury brands to stop dealing in Myanmar. Recently, the USA sanctioned some entities for their role in the ongoing coup d’etat. Among these are entities from the gem industry controlled by the Myanmar military. With the deadly violence that comes with it, the situation has only become more volatile.

To date, African rubies remain affordable compared to Burmese rubies, but their beautiful qualities have eliminated any doubt in terms of their ability to compete with the King.

How to Master Diamond Photography with GemLightbox Macro

Learn how to master diamond photography in one click with just your smartphone and this step-by-step guide on GemLightbox Macro. Click now to find out!

How to Photograph an African Ruby with GemLightbox Macro

In this section, Rocky, our Sales Director, together with Dale from L. G. Humphries & Sons, will demonstrate to you how to photograph an African ruby using the latest GemLightbox Macro.

Step 2. Place the African ruby on the gem holder inside the GemLightbox.

After powering up the device, place the African ruby on the gem holder inside the GemLightbox Macro and put back the front reflector cover.

For this demonstration, we captured a 360-video of a 1.40ct African ruby on a white background and a black background.

The GemLightbox Macro comes with a gem holder in three different sizes and colors.

Step 3. Position your smartphone on the smartphone holder and open the GemLightbox app.

After placing the African ruby inside the device, place your smartphone on the smartphone holder. For this demonstration, we used an iPhone 12.

Then, open the GemLightbox app. The GemLightbox app is available to download on both the iOS App Store and the Google Play Store. This app optimizes your camera phone settings for professional-quality diamond and gem photography.

Click here to learn how to set up the smartphone holder completely.

Don’t forget to save your 360-videos and images to the GemLightbox app gallery as soon as you’re done. Saving them to the app gallery allows you to easily post them to your social media accounts, email them directly to your prospective buyers, or upload them straight away on your website—no retouching required!